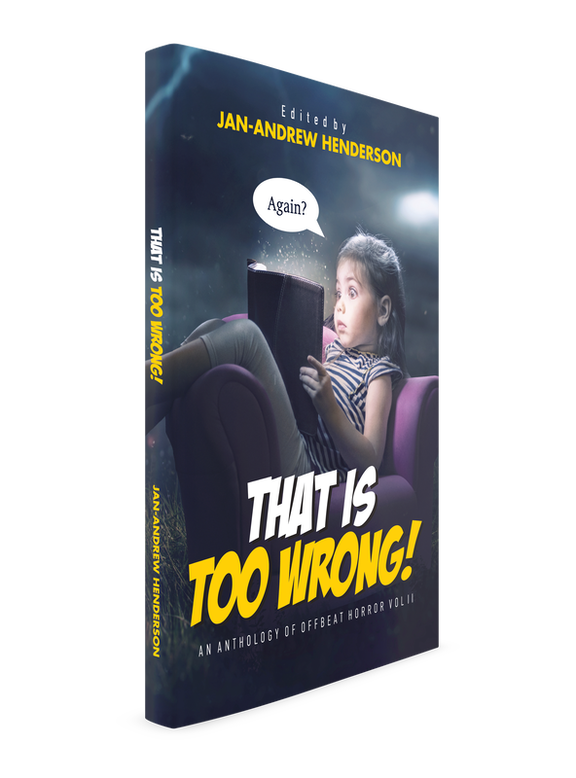 That is TOO Wrong!
Horror Anthology

the book also uncovers a host of other writers whose dark thoughts have been dragged, kicking and screaming, into the light.

Demon with a foot fetish?
Yup.
​Stoners versus bear?
Naturally.
Man haunted by breasts?
Yeah, we went there.