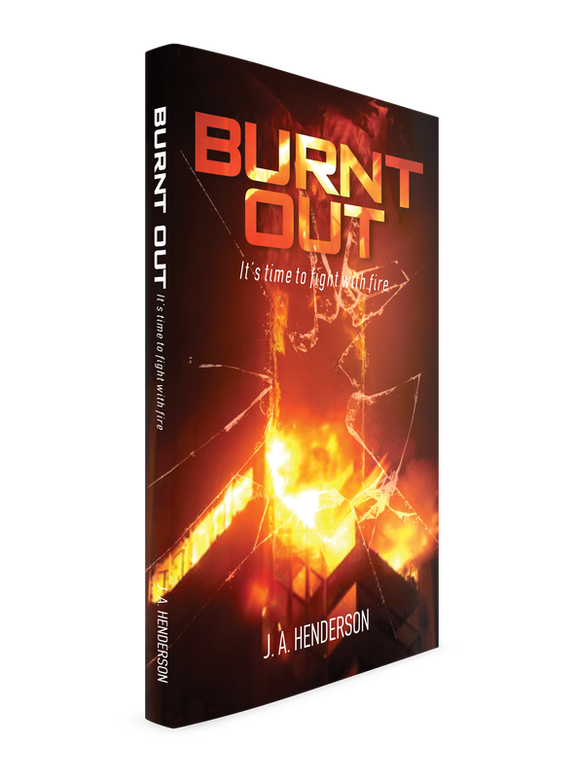 A suicidal teen and an illegal immigrant are trapped on the roof of a burning hospital, forgotten in the evacuation.

Getting down to safety would be hard enough for an able bodied person.

But one is in a wheelchair and the other has a broken leg.

New Collingwood Hospital is a modern complex in the Pentland Hills. Next to it is the former hospital, Eden Heights, a run-down 21 story high-rise - nicknamed the Eyesore. Due for demolition, it only has a few patients left. One is Arthur Lawson, an aloof and manipulative wheelchair user. Another is Sargon Danaan, an illegal immigrant with his leg in a cast, plotting to leave before the police come for him.

Both are bored stiff, so when Arthur hatches an elaborate plan to get onto the roof and see a lightning storm, Sargon takes him. The outer door blows shut and, when they finally force it open, find a fire spreading rapidly through the Eyesore. The building has been evacuated and, in the confusion, everyone assumes the pair are safely outside.

With the elevators unusable, they must make their way down to a group of firemen, vainly battling their way up from the lower floors, before the building is engulfed. A hard enough task for someone with full mobility, it should be impossible for two people who can hardly traverse a flight of stairs. But they have unexpected help from Courage Louviere, a runaway who sleeps in the basement and knows the building like the back of her hand.

With Arthur’s inventiveness, Sargon’s grit, Courage’s knowledge and a heap of abandoned hospital equipment at their disposal, they might even stand a chance.

‘One of the UK’s most promising writers’ Edinburgh Evening News

‘One of the UK’s best new talents’ Lovereading.co.uk