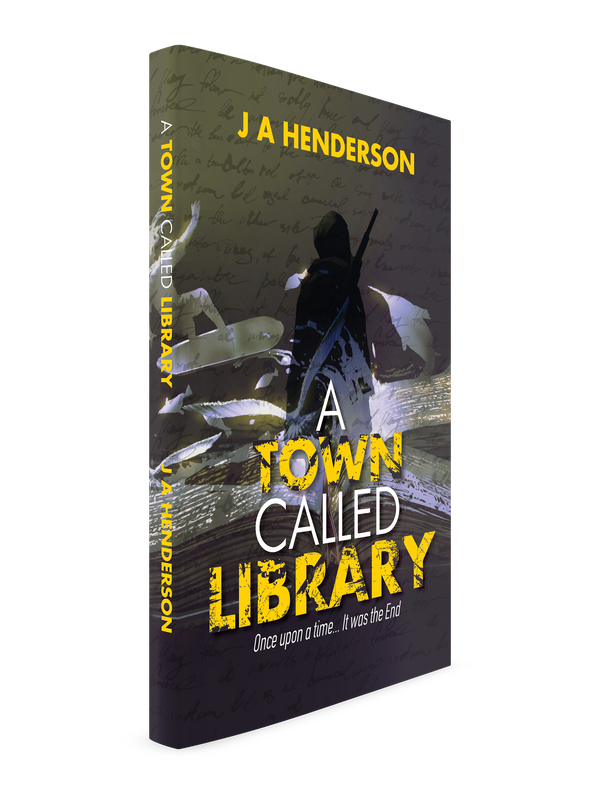 'I was enthralled by it. The story kept getting deeper and deeper...

​the surprises and sacrifices were amazingly done.'

are presented are inspired. An absolutely fantastic read! Highly recommended!'

Four giant underground Forts were meant to repopulate a plague ravaged planet, until one went rogue and enslaved the survivors.

Now, after two centuries, there is finally a pocket of resistance.

A community of book obsessed farmers, led by a disabled outlaw and seven mysterious teenagers, with an insane battle plan.

All holed up in a town called Library.

The Le Mans Bug decimated the human race. Only the Forts were safe.

Four underground, technologically advanced underground complexes, filled with those who could afford passage. There, they would be put into suspended animation until the virus faded and they could repopulate the globe.

Fort Virginia went rogue and disabled the other complexes. Then they enslaved the few survivors, who were scrabbling to live in small farming communities.

200 years later, seven teenagers finally awaken in Fort New York and set out on a dangerous journey of exploration. They eventually reach a ramshackle town called Library. The inhabitants are mutants (or Dregs), who take on the lives of characters from novels, in an attempt to preserve history.

The teens persuade the reluctant Dregs to fight back, insisting they have a plan.

And so begins a strategy of bluff and double bluff, as they engineer a complex plan to defeat Fort Virginia. However, no matter how much they even the odds, a few hundred disabled farmers still end up facing an army of 2,000 soldiers.

But Library has a weapon the enemy can’t comprehend.