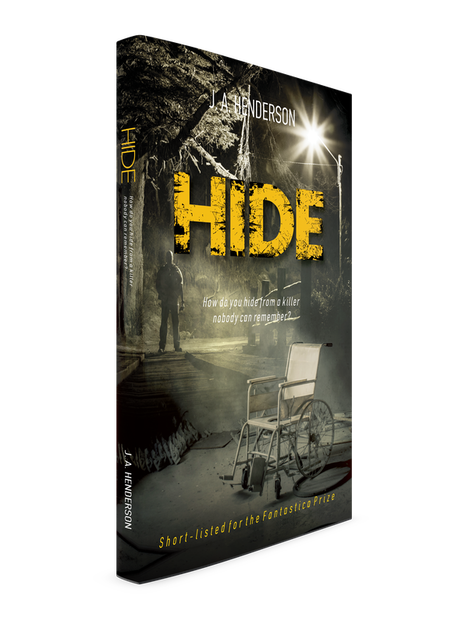 How do you hide from a killer who nobody can remember?

Triple murderer R.D. Slaither is incarcerated in an asylum, yet he claims the real perpetrator is a psychopath nobody can remember. Is he truly insane, an innocent victim or a master manipulator with an audacious plan to ensure his freedom?

SHORT LISTED FOR THE FANTASTICA PRIZE

Detective Ettrick Sinclair sets out to find the truth and uncovers an incredible tale, involving a talking Longhorn Bull, an abused psychiatric patient, the car crash that killed R.D.’s son, a domineering father in law, a remote boathouse, the notorious Cherry Bomb serial killer, an experimental anti-depressant, the suspicious suicides of a young engineer and a truck driver - and Ettrick’s own babysitter. But his investigation sets in motion a horrific chain of events that will end in tragedy for both men.

‘Hide is one of those novels you want to put down, but just can't. Instead, you follow the characters into a twisted maze of human nastiness that is believable as it is inventive - because you just HAVE to know who did it and how. Henderson has a gift for quickly creating unique characters that act in horribly human ways. Some characters you love. Some you understand. Some you want to like, but suspect might not be terribly nice people. And he throws them into a thriller-murder mystery with so many twists and deftly-obscured clues it's impossible to predict the end. I read it in one sitting. Then read it again. If you love an impossible murder mystery and you love a good thriller, Hide is definitely the book for you.’

Aiki Flinthart - author of the Shadows Trilogy and the Kalima Chronicles