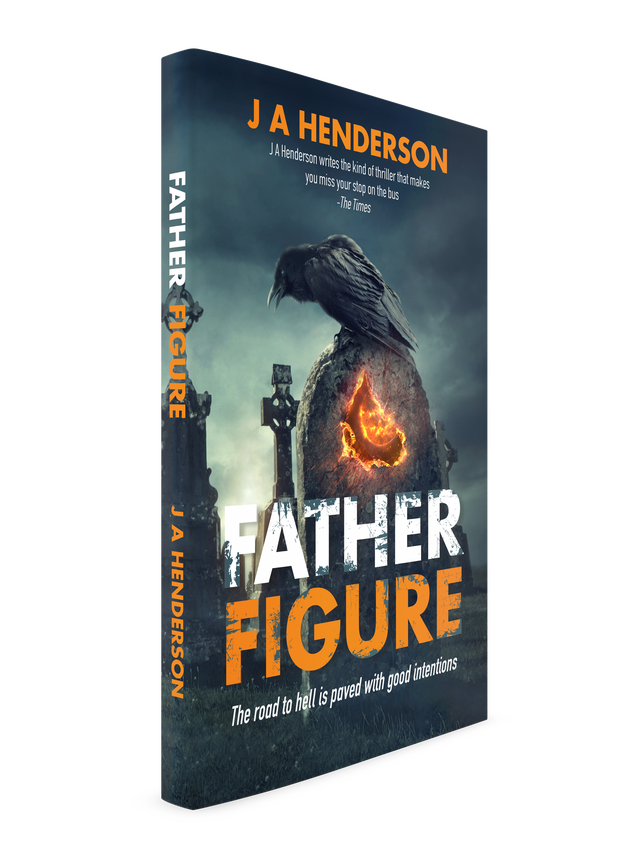 The road to Hell is paved with good intentions...

To a struggling ghost walk company, the appearance of an apparent poltergeist in the local graveyard is a Godsend.

They plan to make a lot of money out of it.

But the poltergeist wasn’t sent by God.

And it has plans of its own.

Ben Scott runs a struggling ghost tour company, running graveyard walks. In an effort to boost sales he hires two strangers, hanging out in the graveyard. Donny Marigold is a fantasist, claiming to see ghosts and Daisy Lenin a near autistic runaway, who blossoms in her new role. They pretend to be a poltergeist and ‘attack’ customers, with great success - until assaults begin to happen on their own and people vanish in the cemetery.

Donny becomes convinced the graveyard harbours a real entity and begins to uncover evidence that it has influenced world events, using people as varied as Mary Shelley, Robert Louis Stevenson, Arthur Conan Doyle, Charles Dickens, Charles Darwin and David Hume. Meanwhile a disparate group of people are drawn into the graveyard’s orbit. ‘Doc’ Menzies, recently freed from prison for maiming his wife. An alcoholic ambulance driver on charges of manslaughter. A medical salesman from Ohio. An ugly pole dancer. A gang of junkies. Ben’s tour guides.

But Ben, Donny and Daisy have each been hiding secrets. As their lies unravel, they discover everyone is caught in the snare of a sinister ‘Father Figure’.