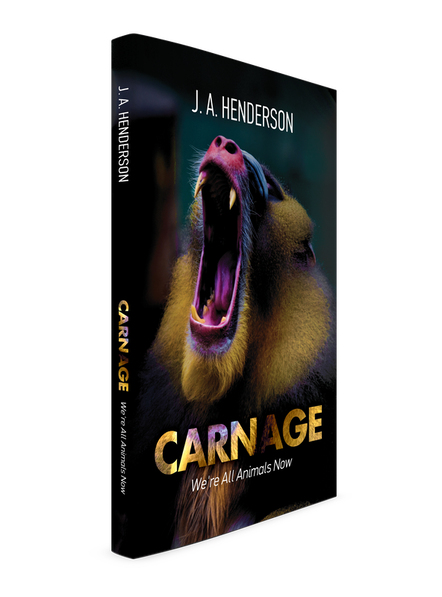 Fifteen teens are trapped in a zoo where the animals have mysteriously gotten loose
Smarter and stronger than they should be, they’re working together to kill humans.
It’s going to be carnage

One morning, the animals mysteriously get free at Edinburgh Zoo. Smarter than should be possible, they are working together to kill everyone. One group of teenagers have survived, waiting for a rescue that isn’t coming, for the military have falsely blamed the disaster on a virus engineered by terrorists and quarantined the area. They intend to wait until the creatures have dispatched anyone who could contradict their story before going in.

The teens must work out what the army are hiding , then set out on a nightmare journey to escape over the far wall, hunted by the creatures and a Special Forces Unit.

Most won’t make it.
​
But if they don’t try, humanity faces extinction.

You can pre-order the paperback or digital books from Amazon. Just click the links below...
If you want a signed copy email me at janandrewhenderson@gmail.com, pay by Paypal (plus postage) and and I'll post it out.